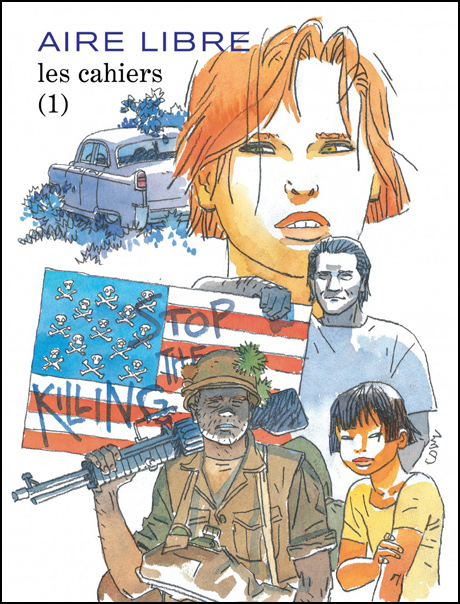 This year, the famous Aire Libre collection of Dupuis celebrates its 30th anniversary. In a series of ‘Cahiers’ (I don’t know how many Cahiers will be published), Dupuis looks back on this 30 years. In this first issue, interviews with artists around the central question ‘Why do you make comics?’

The Cahier has 88 pages with a soft cover. On the cover, a drawing by Cosey referring to his ‘Le Voyage en Italie’, the first album of the Aire Libre collection in 1988. This drawing was originally made for the 20th anniversary of Aire Libre. The interview with Cosey is based on a round table discussion during the Festival de la BD in Angoulême in january this year.

More information on the site of Dupuis.