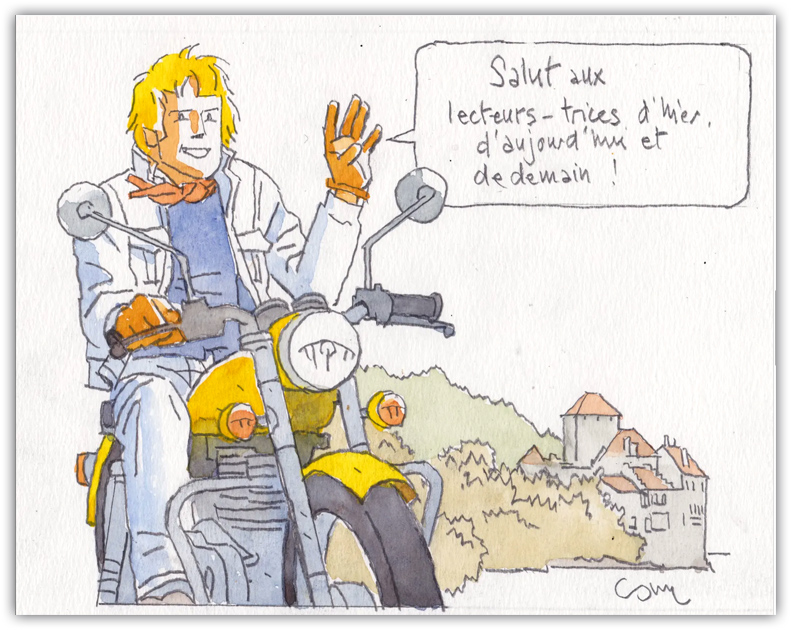 50 Years ago, the career of Cosey took a turn for the good: only 22 years old, he was offered the opportunity to make a comic for the Lausanne newspaper ’24 Heures’. It was his first publication as a ‘complete’ comcis author: writing and drawing his own story.

In the ’24 Heures’ edition of april 9th, this 50 years jubilee was celebrated. Interesting anecdote: Cosey presented another project to the publisher Marcel Pasche. This project was about a story in… Tibet. Pasche suggested to make stories that played in the region where the newspaper was read, the region around Lausanne.

The result was the development of Paul Aroïd. Cosey made two stories that foreshadow his typical page layouts and drawings that capture the atmosphere of the Alps.

After the two Paul Aroïd stories, Cosey and ’24 Heures’ continued their cooperation. Cosey made a story with the character Séraphin Ledoux, a graphical predecessor of Jonathan. We are talking of the year 1975, the same year that the first Jonathan story was published in Journal Tintin – another decisive step in Cosey’s monumental career.

This drawing was published last saturday, in remembrance of the 50th birthday of Paul Aroïd.