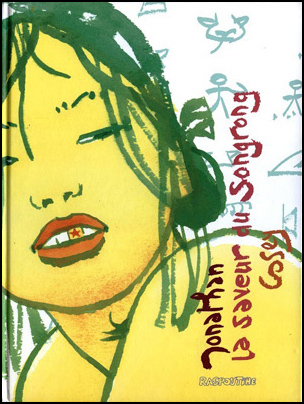 The special edition (large format, with ex-libris) by Raspoutine

In this album, the story of colonel Lan is continued.

Cosey has made an conscious effort to tell the story in a simple way, easy to be understood by the readers. While working on the album, he told in an interview: ‘At this moment, I am doing a particular effort to be more readable, after having made two albums [‘Celui qui mène les fleuves à la mer’ and ‘Zeke raconte des histoires’] of which I realise that they were a bit ‘complicated for not too much’.’ ‘I have taken care to ‘codify’ all names so you can not confuse them.’