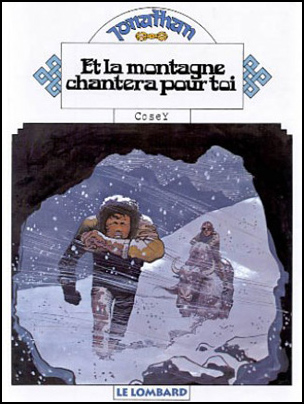 Although Cosey thought Jonathan would live for one album only, he decided to make another story. Cosey: ‘I do not remember when or how I knew Jonathan would become a series. It had to come naturally. Desclez asked me what I would do after the first Jonathan. I have answered: ‘I don’t know, something else…’ Then he said: ‘Why not continue? I have the impression that the story is not finished yet…’

In the album, a crashed airplane is shown. Some readers have pointed the similarities between Cosey’s plane and the famous crashed plane from ‘Tintin in Tibet’. Below, you can see the two drawings. The drawing of Cosey is a complete mirror of Hergé’s: the approaching figures on the right (Hergé: on the left), the plane shown from behind (Hergé shows the front). 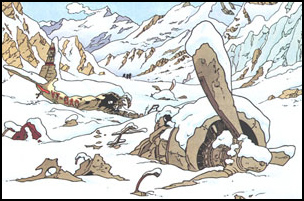 A cover of the Tintin journal.: 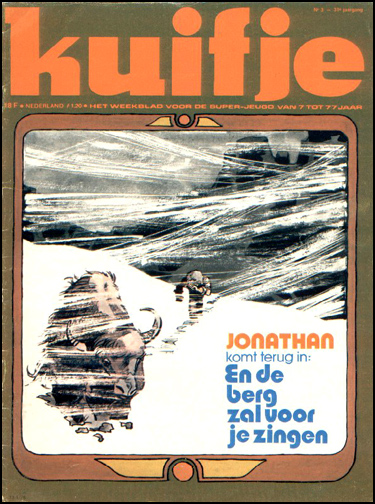