The dossier of this Intégrale is much thicker than the dossiers of the previous Intégrales. It gives ample space for very richly illustrated pages: photographs, sketches, ex-librises… A lot of homework for the Cosey-fan to compare documents with images in the album. In comparing them, you see the Cosey-magic at work: he purifies the documents, selecting and combining elements from different sources. By this, he creates images that may be less realistic, but more true in the sense of athmosphere. Second part of the dossier is an article written by Claude Levenson about Burma and Tibet. This must be one of her last articles before she died in december 2010. Mrs. Levenson has been a great (peaceful) fighter for the improvement of human rights in all parts of the world, especially Tibet. She points out the similarities in the fates of the Tibetan and the Burmese people.

The cover is based on the cover of Jonathan 15. There are only slight differences: Jonathan is mirrored, just as the silhouette in the background. But this seems logical, seeing that only a year has passed since drawing the first cover. 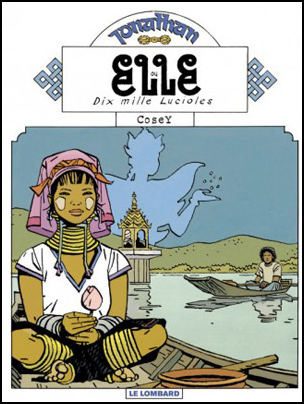 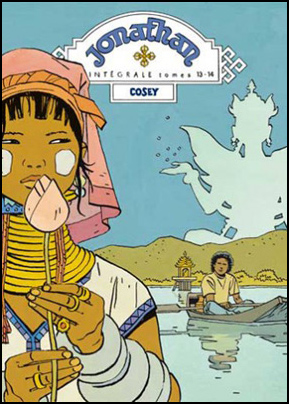