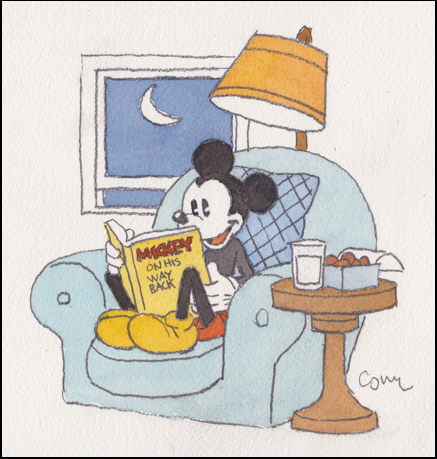 Last june, surprising news was announced: Glénat will be publishing new adventures of Mickey Mouse, drawn by several comic artists. Among them artists like Trondheim, Loisel and … Cosey. As far as I know, it is the first time that ‘official’ adventures of Mickey are made by artists independent from the Disney corporation. A top secret mission!

I asked Cosey a few questions by mail about his Mickey album. Knowing his reluctance to betray anything about albums before they are published, I focused on questions about the project itself. The one thing we know for sure about the story is that next to Mickey, we will find Minnie and Goofy in it.

How did the Mickey project start? ‘During BD FIL 2013 (the comic festival at Lausanne), Jacques Glénat approached me.’ In 2010 Glénat and Disney-Hachette made an agreement for the french market for the publication of Disney albums: classic and contemporary albums. Surprisingly, the agreement allowed independent artists to make their own version of Mickey stories, somewhat similar to the ‘Spirou vu par…’ albums of Dupuis.

Did Disney or Glénat have a set of rules or limitations? ‘There was no written set of rules or conditions, but there were some clear assumptions, of course. Like ‘no sex’ and things like that. Not that I had any intention to do that – it had already been done in underground circles in the 1970s. I had to present a synopsis and a test page ‘0’, which they approved’. 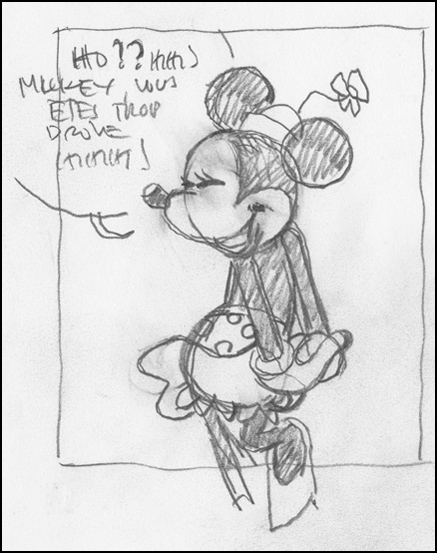 What does your Mickey look like? ‘The Mickey Mouse comics from the years 1930-1940s are graphically strongest, it seems to me.’

When I think of Mickey, I think of cartoony, slapstick style humour, aimed primarily at chlidren. Your work is famous for its typical page layouts, a certain slowness of the narration, a very personal colour palette, and it has a more adult audience… Are we going to see typical Disney as well as Cosey characteristics in your Mickey album? ‘Both of them, I think. But first of all, I have been trying to amuse myself. As always, I have tried to make the album I should like to read. The album will please children as well as adults.’

When you take over a series or a character, there is always the risk of making a parody: a parody of the character itself, but also of making a parody of your own work. Did you manage to avoid this trap? ‘This is impossible for me to answer, I leave it up to the reader to judge. But I don’t like parodies: it is too easy and it doesn’t interest me. I hope I attributed something new to this extraordinary mouse, even in my own modest way.’ 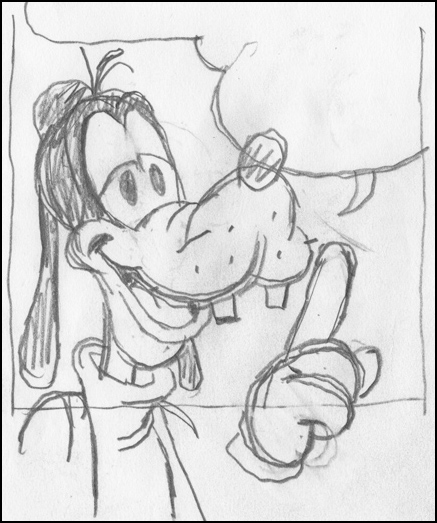 In interviews, you have often told about your admiration for the work of Disney, and Disney enters some of your stories (the best known example is to be found in Greyshore Island). This Mickey project, is it a childhood dream come true? ‘Completely! In 1978, I even went to Disney Studios in Burbank to present my drawings. I could have been hired by Disney, but then I would have been drawing Mickey’s car for ten years, just to embellish yoghurt pots! So I chose to renounce, not without regrets, though… And then there was this miracle at BD FIL 2013.’

I have always thought that if you were to do a project like this, you would have made a ‘Spirou’. Can we expect it? ‘Spirou is so much linked to the style of Franquin… Only Émile Bravo and Jean-Claude Fournier in his first albums have succeeded what I think is impossible for me.’

The Mickey album will appear in the first half of 2016. The title? Still top secret…