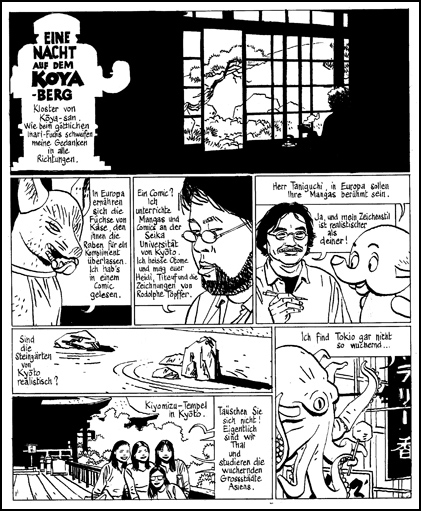 In the magazine of ‘Bonviva’ (a magazine of the Swiss banking firm Crédit Suisse) Cosey is presented as a ‘Manga-artist’… Anyhow, a new strip (two pages originally, I think, but cut and spread over three pages in the magazine) by Cosey talks a little about manga.

For all people interested: Cosey is giving two lectures (together with Swiss connaisseur Cuno Affolter): in Geneva on 18 June, in Widen on 24 June.

Of course, I would appreciate a ‘report’ by any of the visitors!